Offshore wind will be critical in reducing carbon emissions for New Hampshire. Carbon emissions are polluting the atmosphere and contributing to the climate crisis and yet New Hampshire remains heavily dependent on fossil fuels. Even with the defeat of the Granite Bridge Pipeline, New Hampshire is still lacking an alternative energy that is 100 percent clean and the state government has refused to invest in renewable energy. Offshore wind can be that alternative energy because New Hampshire is right next to the ocean where there is plenty of wind for the turbines to absorb and create renewable clean energy to power our state.

Offshore wind power New Hampshire state senators are in the process of crafting legislation that could potentially jumpstart major offshore wind projects and other renewable energy across the state. This bill known as SB 151 would force the New Hampshire government to work together with utility companies such as Eversource in developing a proposal for 600 megawatts of offshore wind. This power would pour into the New England electric grid and will assist New Hampshire in meeting its renewable energy goals, which aim to decrease the carbon emissions. Special interests groups paid by fossil fuel companies however, have fought to kill legislation that will harm their profits. Offshore wind would cut carbon emissions but also put these polluting companies out of business.

Failure to implement offshore wind will lead to a further increase in carbon emissions which will cause the polar ice caps to melt resulting in rising sea levels across the world. Public pressure from 350NH as well as other activist groups were instrumental in stopping the Granite Bridge pipeline from being built and will be critical in pressuring our local politicians to take action in implementing offshore wind turbines for New Hampshire. While 350NH won our campaign to have New Hampshire join an offshore wind task force, we have to keep the momentum going. 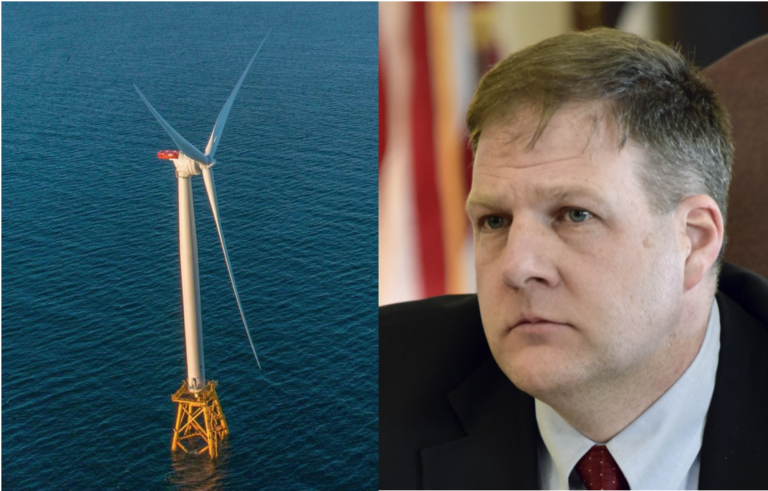 If our state is going to hit 100% renewable energy we are going to need offshore wind.  The first step in bringing offshore wind to any state is requesting a task force from the federal government (because offshore wind farms are technically in federal waters). Only the governor can request a task force. We have been pushing for Governor Sununu to request this task force since 2016. Here is a quick history:

In October and November Gov. Sununu will be on the campaign trail trying to win votes. This is a huge opportunity to confront the governor directly about offshore wind.

Governor Sununu, in a radio interview last summer, you said that if the people of New Hampshire wanted to “make a case” for offshore wind, you “weren’t opposing it.”  Many of us have read about recent offshore wind advances in Maine and Massachusetts.  Department of Energy studies identify enough wind potential off our coast to significantly reduce our fossil fuel dependence, help to slow climate change, bring sustainable jobs to NH, and reduce consumer energy costs.  When we heard you say that you were open to the idea, we went ahead and made a case for it.

Enthusiastic grassroots efforts led to the passage of resolutions in twenty towns urging you to take the next steps.  There was notable support for this idea in the communities where it was considered.  Here in Nottingham, the warrant article voicing our support for offshore wind passed unanimously.  People are eager to see NH embrace renewable energy and the economic opportunity it brings.

In April, we delivered letters to you from the towns that voted in favor of moving forward, demonstrating our support for offshore wind, which you have so far ignored.  NH’s communities deserve a response.  By ignoring this, you are effectively opposing it.  It’s your job to represent NH citizens’ interests.  We have expressed that we want to explore this potential.

To move forward, you can simply request a task force from the Bureau of Ocean Energy Management to use already allocated federal funds for the necessary research. BOEM will work with NH to determine the economic and environmental impacts, infrastructure requirements, and overall feasibility of this endeavor.  Stop standing in the way of offshore wind, listen to the people of NH, and request this task force.  What’s the delay?

On April 22 we will gather at the capital to demand our state move forward with renewable energy. We are living in a moment of crisis and we have a choice: fight for a future that protects our economy, our earth, and our community or let the fossil fuel billionaires pad their pockets while sacrificing the health and well-being of all people

Over the past year, communities around New Hampshire have been passing resolutions and warrant articles demanding we achieve 100% renewable energy by 2050 and to start this process by investigating offshore wind energy. To do this Governor Sununu needs to request an offshore wind task force from the Buero of Ocean Energy Management. Last year on The Exchange Sununu said if the community wanted it he would support it.

This Earth Day is we’ll deliver letters from individuals, towns, and businesses to show Sununu there is definitive community support for bringing renewable energy to New Hampshire. 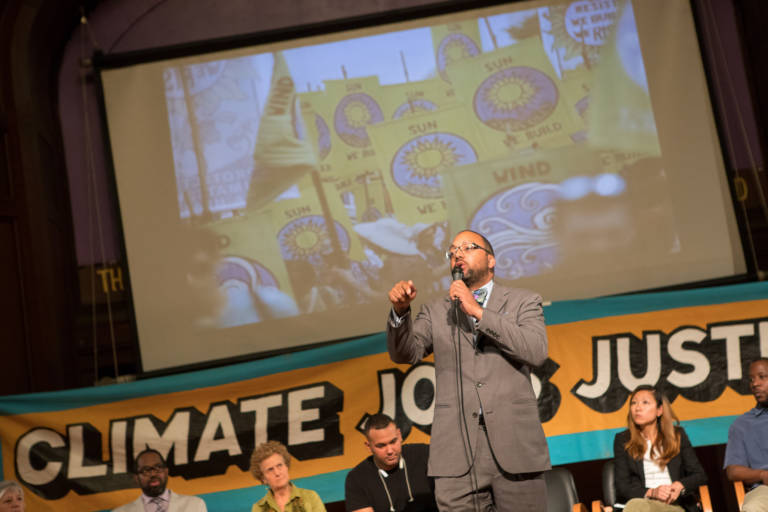 Governor Sununu’s staff will be traveling the state on a listening tour to hear what your community wants in NH’s 10 Year Energy Strategy.  This is a HUGE opportunity for us to push for a transition away from fossil fuels and towards renewables.  As you know, if we can transition to 100% renewable energy we will avoid catastrophic climate change and create new good paying jobs.

The listening tour will be conducted by the Office of Strategic Initiatives (previously the Office of Energy Planning). We need to attend their public comment sessions and demand… 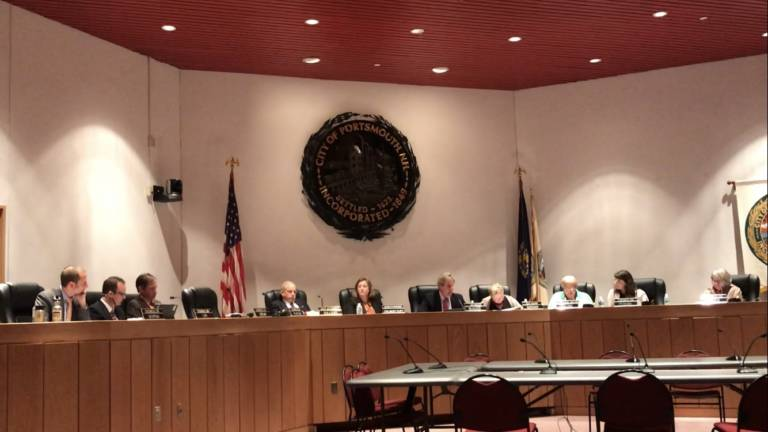 The Portsmouth City Council passed a resolution calling on Governor Sununu to start the process for bringing offshore wind to New Hampshire. This would mean requesting a task force from the Bureau of Ocean Energy Management.  The Task Force would survey the coast of New Hampshire and speak with the community to determine the viability of an offshore wind farm in New Hampshire.  If it seemed viable the task force would start a leasing process.

We need to transition toward renewable energy because of the harmful effects fossil fuels are having on our climate.  The construction of an offshore wind farm in NH could bring new good paying jobs to New Hampshire and stimulate our economy. Durham and Dover have already passed resolutions supporting offshore wind and Lee will be voting on a warrant article in support of offshore wind in March.

During the campaign trail Governor Sununu said he would request an offshore wind task force if there was community support for it. 350 New Hampshire along with the Seacoast Anti-Pollution League and ECHO Action are working to pass resolutions, rally businesses, and find partner organizations to show the governor there is support for offshore wind.

See the testimonies given in support of offshore wind here, here and here. 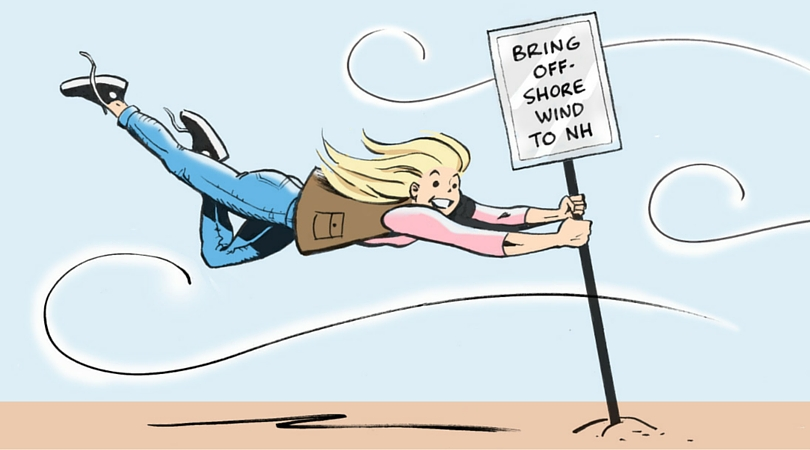 BIG NEWS! U.S. Department of Energy just announced its re-apportioned grants for offshore wind development yesterday, and the Univ. of Maine-led consortium is now in line for $40 million more to get its 12MW pilot project on the water! This is a huge break for the whole Gulf of Maine to take the lead in offshore wind development, and could open the door for NH to get in on the action. You can read all about it here (and watch a short video on the earlier floating wind demo):

New Hampshire is joining Massachusetts, Rhode Island, and Maine in seeking to harness the power of offshore wind. The Committee to Study Offshore Wind Energy established by HB 1312 held hearings in Rye and Concord during October and will be submitting their report to Governor Hassan in the near future. 350NH members attended the hearings and spoke in support of the importance of developing renewable energy sources in NH.

Floating wind turbines, attached by cable to the ocean floor would be situated many miles offshore with the best option being 3 miles beyond the Isles of Shoals. The wind in this area is consistent and stronger during high summer and low winter temperatures when electricity demands spike. It is likely that New Hampshire would join with Maine and Massachusetts to work on this project to maximize the full potential of offshore sites. According to the committee notes, there is potential for generating up to 2.8 Gigawatts of electricity off the NH coast (which about 1.4GW likely), which is more than the 1.2 Gigawatts generated by Seabrook nuclear plant.

There are many issues to address including identifying wind energy lease areas, constructing transmission lines to shore, and impact on marine traffic, the fishing industry, and marine life. The Committee wants to hear from all stakeholders and to learn from the projects in Massachusetts and Rhode Island. The federal Bureau of Ocean Energy Management (BOEM) has designated over 1.5 million acres off the Atlantic Coast from Maine to North Carolina for potential wind energy development. A report updating offshore wind development was recently released by the National Wildlife Federation in collaboration with many partners. The report, called “Catching the Wind” is available online here.