On July 31st, 2020, we stopped the Granite Bridge pipeline after years of grassroots organizing. Now, Liberty Utilities – the company behind Granite Bridge, is asking the state to sign off on a $7.5 million bill for ratepayers, to recoup some of the money they lost pursuing the project.

The Granite Bridge pipeline would have cost $340 million and locked us into years of burning fracked methane gas instead of transitioning to renewable energy. Liberty claims the costs were necessary to “conduct due diligence” on one of two options to meet the growing demand for natural gas.350 New Hampshire opposed the Granite Bridge project and argues that any fossil fuel infrastructure expansion in NH is dangerous for our state.

“Building new fracked gas infrastructure locks us into burning expensive and dangerous fossil fuels for decades to come,” says Lila Kohrman-Glaser, Co-Executive Director of 350NH. “Building new gas pipelines makes the shareholders of Liberty Utility and the fracking companies rich at the expense of our communities and our health and safety. We don’t need any new gas infrastructure to meet our energy needs in NH.”

Liberty Utilities should instead consider focusing their efforts on clean, renewable energy like solar and wind – and doing work to electrify the energy grid. The climate crisis is already impacting New Hampshire – rising sea levels, droughts, fires, and heat waves are threatening people and ecosystems across the state.

On learning that Liberty wants to make ratepayers cut the checks for failed pipeline projects, Karen Merriam of Epping said: “Allowing Liberty Utilities to charge ratepayers $7.5 million for the scrapped Granite Bridge Project would contravene long-standing NH law (the 1979 Anti-Construction Work In Progress law) and would set a terrible precedent.”

Why should ratepayers (whose energy costs are already high) have to front the bill for Liberty’s mistake?  Liberty Utilities is showing us yet again that they do not care about their customers – they care about making a profit.

350 New Hampshire’s mission is to stop the climate crisis by enacting a just transition to 100% renewable energy and an end to fossil fuel use and expansion. You can learn more at 350nh.org 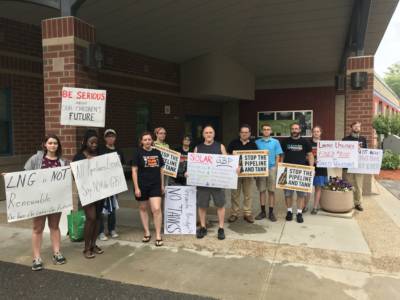 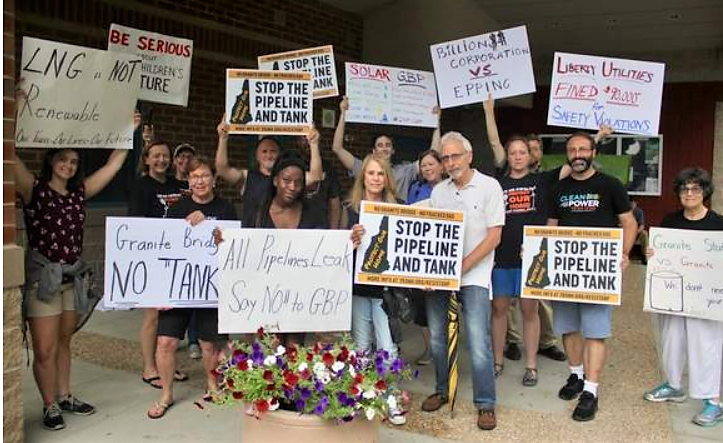 Liberty Utilities is looking to run a natural gas pipeline that would run under the Lamprey River two times through my hometown of Raymond.  The Granite Bridge Pipeline would run from Manchester, through Raymond, out toward the seacoast, putting neighborhoods and communities along the route in danger.  Just last week Liberty Utilities held an LNG (liquid natural gas) “science fair” in Epping at which they purported natural gas to be safe.  Dozens of Epping residents, along with others from towns along the pipeline route, showed up to this event to oppose the LNG storage tank that would be sited right off of Exit 6, saying it is not safe and it’s bad for the environment.

The following morning it was all over the news that there was a natural gas pipeline explosion overnight in Lincoln County Kentucky with flames so high they could be seen from space.  The blast killed one person trying to escape, melted part of a railroad track, completely destroyed five homes and damaged others. Just imagine that happening in Raymond or Epping.  How would our communities ever be able to recover?  Kentucky Gov. Matt Bevin said, “These things happen.  It’s a dangerous industry.  It’s a dangerous business.”

It’s long past time for us to end our dependence on fossil fuels. We can transition to safe, clean and renewable sources of energy now by preventing Liberty Utilities from expanding their natural gas infrastructure in New Hampshire. Governor Jay Inslee, candidate for president, recently announced his opposition to the GBP project on WMUR saying, “In New Hampshire, we have an opportunity to begin that transition now, by preventing Liberty Utilities from cementing its reach across New Hampshire through the Granite Bridge Pipeline… It’s time to stand with local New Hampshire leaders fighting the pipeline’s construction.”

We need more leaders and elected officials to join us in opposing this unnecessary fossil fuel project that will only increase utility profits, while harming our citizens, our environment, and our climate. New Hampshire can and must do better for our economy, our environment, and the communities we care for. It’s time to invest in clean local energy to keep our dollars and our jobs in New Hampshire.

The Granite Bridge Pipeline (GBP) is a 27-mile pipeline proposed by Liberty Utilities that would transport fracked gas from Manchester to the seacoast. This fracked gas pipeline would pass through the town of Raymond, underneath the Lamprey River twice.

Raymond doesn’t need a pipeline project running through it, and here are the reasons why:

The answer is clear. We can let Liberty Utilities continue to put the health and safety of our communities at risk by  clinging to fossil fuels for their own gain, or we can insist upon a clean future that prioritizes our communities needs over the bottomline of huge corporations. Clean energy is moving forward – are we? 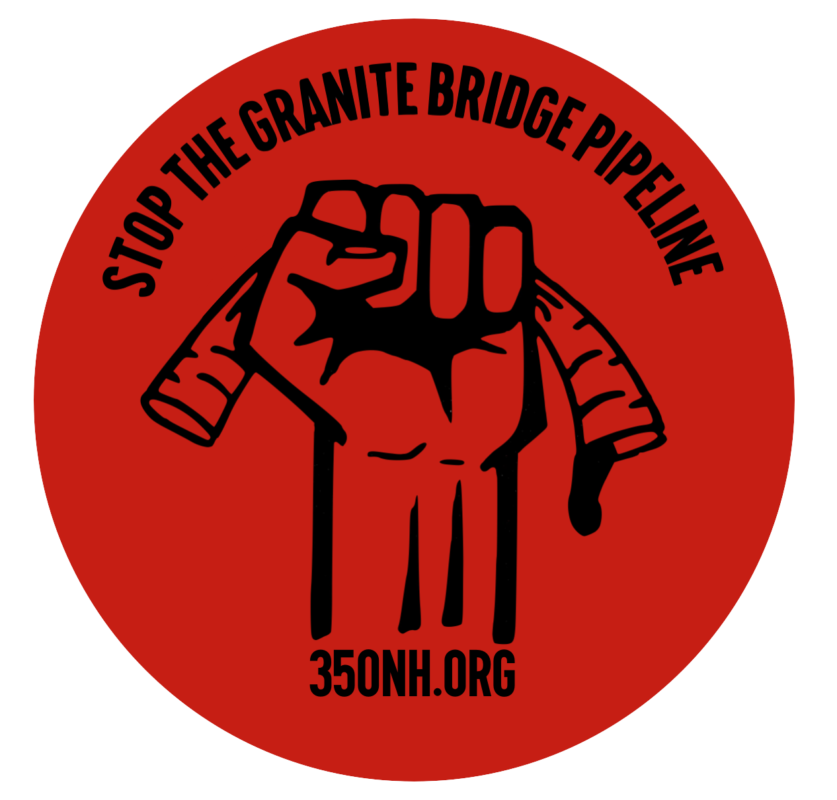 With the Granite Bridge project currently trying to build a 27 mile fracked gas pipeline through southern New Hampshire, now is the time to consider what we want the future of our region’s energy sources to look like.

As a teenager living in this region and facing a future threatened by climate change, I am very concerned that this project aims to increase our reliance on fossil fuels rather than moving towards cleaner, renewable energy sources. To me, this project presents another sign that some of the adults in power are not working hard enough to be able to hand a livable world down to the next generation. It is frustrating to see us moving backwards or standing still instead of making progress towards becoming a more sustainable society.

In addition to its other negative environmental and economic impacts (more information can be found at https://350nh.org/resistgranitebridge/, http://www.plan-ne.org, or https://www.echoaction.org/granite-bridge),  this pipeline is a step in the wrong direction when it comes to fighting climate change. Towns across the affected region have been voicing their opposition to the project. If there is a vote in your town concerning this project, voting against the pipeline may be a step towards using less fossil fuels and preserving our irreplaceable natural resources.