Check out photos and videos from the Offshore Wind Rally at the NH State House and the artivism that went into making it happen: 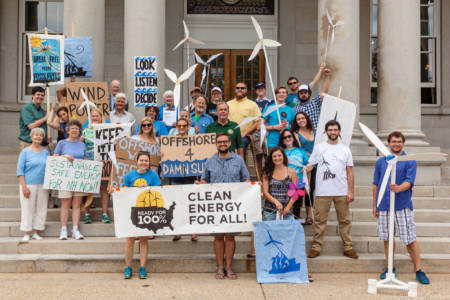 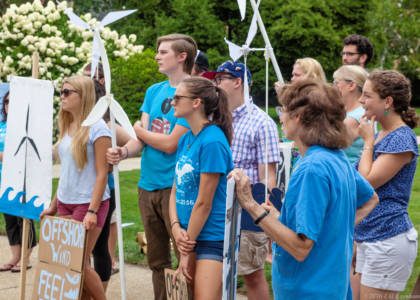 Attentive listeners as we begin our speeches. Photo by Evan Oxenham 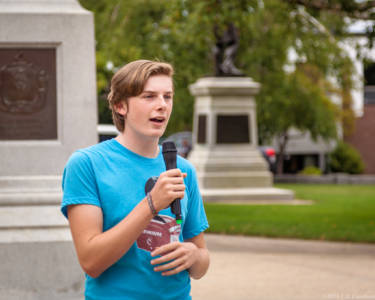 Opening speaker, Nick of Oyster River High School gives an update on meeting with the Governor’s Office and talks about growing up on the Seacoast and the renewable energy world he wants to help build. 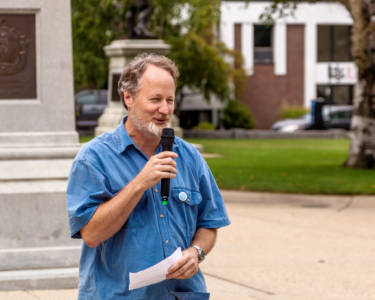 Doug Bogen of Seacoast Anti-Pollution League, the originator of the NH Offshore Wind Campaign shares updates from across the east coast for building wind and his hope for our movement. 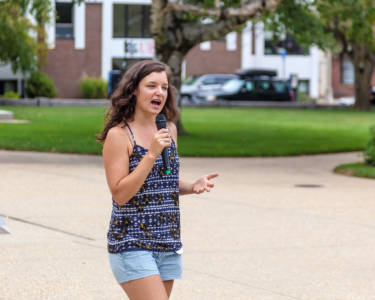 Kaity, 350NH Coordinator, emceeing the rally. Here she is speaking to the incredible power of the people here in the Granite State. By volunteering time, materials, funds and songs, together people from across our state are making offshore wind a reality. 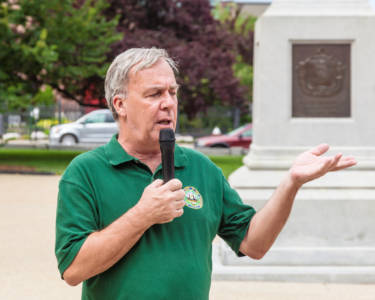 NH Legislator Renny Cushing of Hampton speaking to the legislative study he took part in, which shows it is time for NH to move forward for offshore wind. 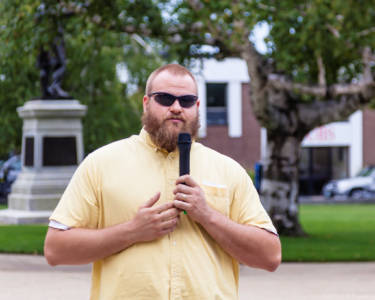 Executive Director of NH Peace Action, Will Hopkins, speaking to the serious need for large energy projects like offshore wind. He related the need to switch to renewable energy to the Syrian refugee crisis and as a vital step for peace. 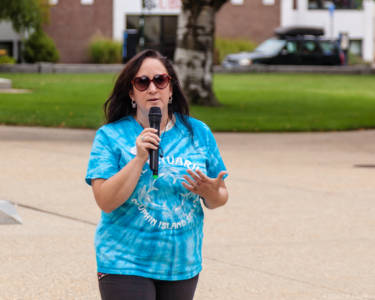 Teacher and NED pipeline activist, Stephanie Sherr, hit home as the final speaker for the rally. She connected the recent victory and fight against a fracked gas pipeline in her home town of Fitzwilliam, NH to our need for real clean, renewable energy resources now. She showed us why offshore wind so important as a statewide issue.